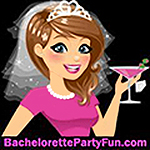 St. Patrick’s Day  – It’s finally here, that day we all love to celebrate!!

No matter if you’re Irish or not, there is something just plain ‘ole fun about this day celebrating a man and one of the most famous and successful missionaries in history.  And St. Patrick has been celebrated each and every year since his death.

St. Patrick’s day though maybe celebrated in silence, did not make it’s way over to Western cultures until 1737, where the first St. Patrick’s Day celebration had its inaugural celebration on March 17th, in the city Boston by the Irish citizens.  A fun fact was just 39 years later, after that 1st St. Patty’s day celebration, on that same day – a siege at Boston in 1776 on that same March 17th,  had the British Army be forced out of the city.

The 4 leaf clover was not originally associated with St. Patrick’s Day, it was the 3

leaf clover!  In olden times, priest believed that the 3 leaf clover gave them insight to evil spirits.  4 leaf clovers had been a legendary symbol of good luck for centuries.  It was noted that in the Medieval period (5th – 15th centuries) that children would carry around a four leaf clover and it would have magical properties to see fairies.

4 leaf clovers appear to be much more rare in nature as it has been stated that there is only 1 – four leaf clover for every 10,000 3-leaf clover, so we think there has to be some good luck in finding one!

Green is associated with St. Patty’s day, well due to the lush green seen in Ireland during the Springtime.

Now with the Leprechaun’s it is a bit hazy as to how they got associated with St. Patrick’s Day and even more elusive is how the Rainbow and Pot of Gold was added to their mystic!   Leprechaun’s as we know of them today have changed dramatically over time, and some say they were actually morphed from multiple ‘fairies’ into what we picture today.  One thing that does seem to be consistent is that the more ‘friendly’ happy Leprechaun we know of today, actually were view in days of old as crotchety, grumpy, elusive little male fairy and in changing from their original outfits, changed to green to ‘blend’ into the surroundings so that you might see them, then “magically disappear” – yes reference to Lucky Charms!

Pinch if you’re not wearing Green?  In reading this appears to have not started in Ireland, but again rather here in what is now the US.  Supposedly the reason started as a reminder again of those pesky Leprechauns!!  There were slight conflicts in the exact reasons it was started, but all seem to be something close to that fact that when wearing green, you are – like the Leprechauns – and if you are not wearing green, you get the pinch to remind you that they ‘see you’, however it you do have green, you blend in and are safe.  Now don’t know about you, but we know some that don’t wear green, just so that they can get pinched!!

And now on to one of our Favorites, Yes, would be the Green Drinks and Green Beer!!  Yup, so if you are hosting a Bachelor or Bachelorette Party this St. Patrick’s Day, we know that most likely there will be some Green treats coming your way in celebration of St. Patrick!

However you celebrate, just make it a fun and safe one!!  And when you get done, or while you’re in the Irish Pup with a Pint or Two, feel free to come visit us and check out all the great Free Bachelorette Party Ideas and Planning Information along with a huge selections of Super Discount Prices on 100’s of Bachelor and Bachelorette Party Supplies, Favors, Games, Gifts, Candy and so much more!!

We here at www.BachelorettePartyFun.com want to wish all women across the country and the world, whether you are able to participate in the events or are there spiritually and supporting the day, a very peaceful and successful day!

Bachelorette Parties are one of those things that have completely evolved along with women’s roles changing in society.

Thought the idea or the premise of a Bachelorette or Staggett party started long ago, the differences between the concept of the Modern Day Bachelorette Party are 180 degrees different.

Back in the early days, it was noted that the bachelorette party / bridal shower

were just a gathering of women, close family and the towns women to come and pay their respects. It usually was an afternoon gathering where they would celebrate, very formally with what resemble a High Tea.

But as women’s roles increased from the Homemaker / Stay at Home Mom, things really started to kick it up a notch!  A simple bridal shower was fine, if that was just what the bride wanted, but for those others, ‘what is good for the goose – is Good for the Gander!!’  So the modern day Bachelorette Party launched, rivaling all the things that their male counterparts had been doing for years!  (And having been to both – I think nowadays, Bachelorette Parties out ‘crazy’ even the best bachelor party!!

And in the last decade and especially the last few years, we have seen an explosion in LGBT pre-wedding parties, both Bachelor & Bachelorette.  And with that has come a whole new line of items to help those planning LGBT Bachelorette Parties and Bachelor to find great and crazy products to help celebrate!!

earlier in the year, we hope this day (and future rally’s) will help show Women’s importance in all aspects of life, especially at the workplace – so let’s celebrate “A Day Without Women – 2017”

So, we hopefully all made it successfully through the Mardi Gras 2017 week, last

week, with Fat Tuesday, Ash Wednesday – but we think that everyday in the Bachelor & Bachelorette Party season should be just like the parties of the Mardi Gras, and with St. Patty’s Day 2017 quickly approaching, it is becoming much more clear that Wedding Season is upon us!

Yes, along with Wedding Season, is of course Bachelor & Bachelorette Party Season and well, bathing suit season as well.

Come check out all the fun and low priced supplies @